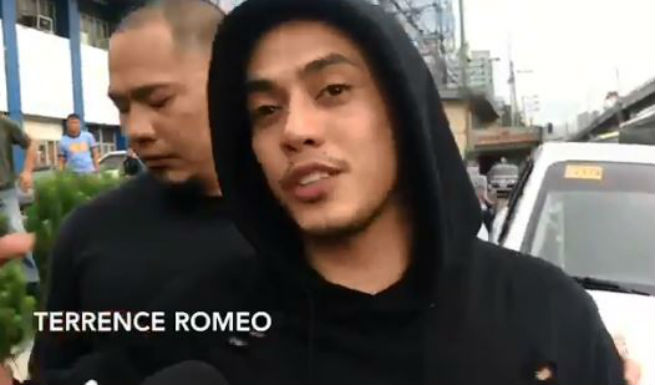 Gilas Player Terrence Romeo was allegedly involved in a bar brawl in a restaurant in Quezon City early this morning, July 12.

In a videos shared by DZBB correspondent Allan Gatus on Twitter, Terrence was seen being escorted by the authorities to the police station for questioning after one of his companions allegedly punched a fan who was with his group, asking for a photo that sparked the scuffle.

Another video also shows Terrence who was eventually allowed to leave the police station after no complaint has been filed against anyone involved in the brawl.