Kim Chiu cries as she watched “Bawal Lumabas: The Series” trailer for the first time 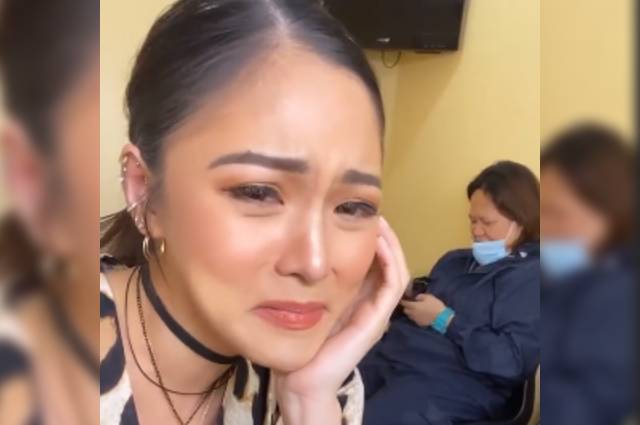 Kapamilya star Kim Chiu can’t help but be emotional as she cried when she watched the trailer of her new project titled “Bawal Lumabas: The Series” for the first time. It was recalled that Dreamscape Entertainment recently launched “Bawal Lumabas: The Series” trailer on their social media accounts. The hashtag “#BawalLumabas” also trended on Twitter after the trailer was launched.

In Kim’s Instagram story, she posted a short video as she reacted to the said trailer. In the video, Kim was seen crying. Kim also expessed his gratitude as she wrote “First time to watch the trailer!!!! Diko alam bakit ako naiyak! Salamat po sir @montieo8 @dreamscapeph @kreativden”

In a separate video, Kim was still emotional. She wrote “Naiiyak parin ako! Biglang nag flashback lahat! But thankful to end with this! Thank you again @dreamscapeph #BAWALlumabas the series to this BAWAL LUMABAS SAGA”