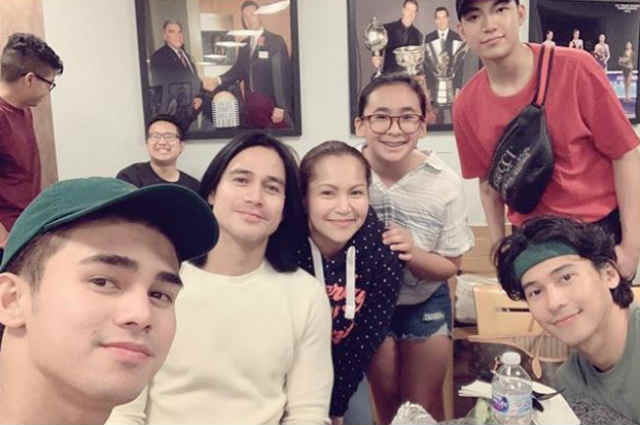 Actress and singer Carol Banawa will be appearing in the weekend variety show ‘ASAP Natin ‘To’ after she reunited with the Kapamilya artists who were part of the US show held in San Francisco Bay Area.

In her Instagram account, Carol shared photos of her together with Kapamilya stars Piolo Pascual and son Inigo Pascual, Enchong Dee, and singer Darren Espanto.

Carol also shared a photo of her with the Asia’s songbird Regine Velasquez with whom she had shared the stage with.

She also had the chance to meet Moira Dela Torre and fangirled over the singer-songwriter, saying: “Kilig to have met this amazing singer-songwriter ❤️ I am a fan ❤️?? #ASAPNatinToBayArea @moirarachelle”