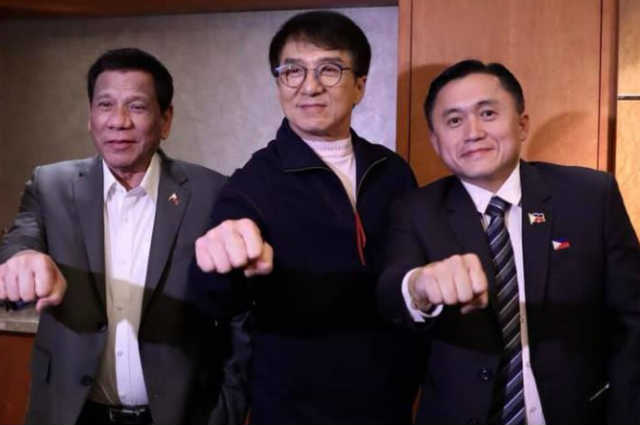 President Rodrigo Duterte and Sen. Bong Go had the chance to meet global superstar Jackie Chan during their visit in Beijing, China for a 6-day official visit.

In photos shared by Sen. Go on Facebook, he and President Duterte were all smiles as they posed with the action movie star during their short meeting where Chan gave the president a jacket and a book.

The action-comedy legend was also spotted posing while showing the president’s signature fist sign alongside Sen. Go. Aside from Chan, Chinese president Xi Jinping was also present during the meeting.

President Duterte took a trip to China where he is expected to discuss Manila’s arbitral victory against Beijing’s claims in the South China Sea.

According to a report by ABS-CBN News, among other issues the president is also expected to raise are the code of conduct on the South China Sea, a possible joint exploration for oil and gas, as well as the increasing presence of Chinese ships in Philippine waters.