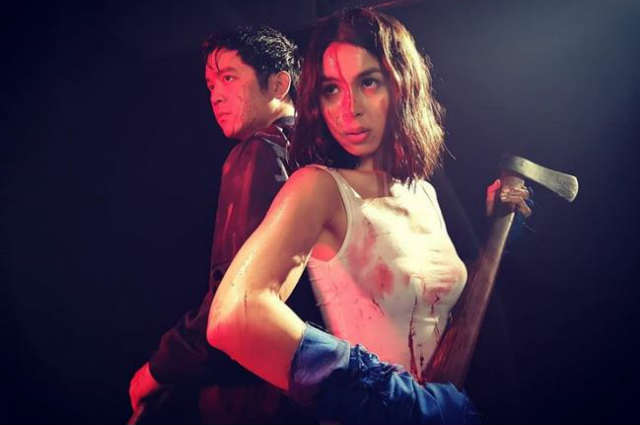 Despite ending their relationship several months ago, former couple Joshua Garcia and Julia Barretto were recently spotted catching up during the shoot for ABS-CBN’s Christmas station ID, showing how there were no ill feelings between them despite going on their separate ways.

AS the two were last paired in the Kapamilya series ‘Ngayon at Kailanman,’ Joshua and Julia are starring in the upcoming zombie film ‘Block Z’ along with other celebrities including Ian Veneracion, Dimples Romana, Maris Racal, Yves Flores, Ina Raymundo, Myrtle Sarrosa, and McCoy de Leon among others.

In his Instagram stories, Joshua delighted fans as he re-posted a photo of him with Julia, together with Ian, Maris, and McCoy.

It can be remembered that Julia and Joshua previously claimed that they remained as best friends amid ending their relationship.