LOOK: The Pinoy cast of ‘Miracle In Cell No. 7’ revealed 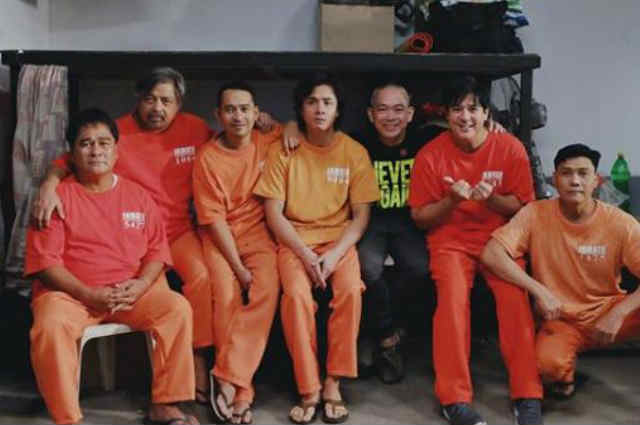 Fans of the hit Korean movie ‘Miracle In Cell No. 7’ have been anticipating the Pinoy version of the film after it was announced that Aga Muhlach, Bela Padilla, and Xia Vigor will be starring in the Metro Manila Film Festival (MMFF) entry.

While the three main stars have been revealed, actor JC Santos revealed the rest of the stars who are part of the film as he shared a behind-the-scene photo of him together with the actors who will portray the role of Aga’s cellmates.

LOOK: Sneak peek at Aga Muhlach’s character in ‘Miracle in Cell no. 7’

Xia Vigor to play young Bela Padilla in ‘Miracle in Cell no. 7’

Among the actors who will play as inmates in the movie apart from JC were film and television veterans Joel Torre, Jojit Lorenzo, Mon Confiado, and Soliman Cruz.

Netizens then expressed their excitement over the upcoming film upon learning about the other cast members as one user wrote: “kaabang-abang 😃 sa casting palang nakakaexcite na😍”

‘Miracle In Cell No. 7’ will be screened in cinemas nationwide on Christmas Day alongside the rest of the MMFF entries.