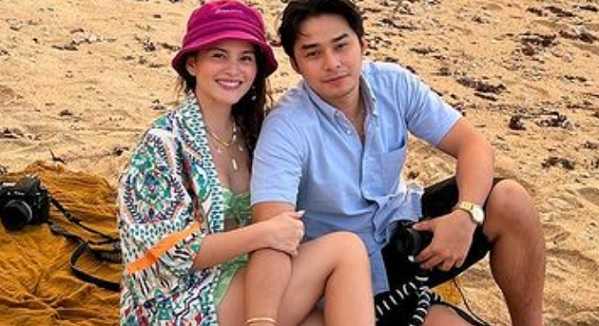 Actress and vlogger Elisse Joson clarified that her partner, Actor Mccoy De Leon is not a ‘rebound’ when they were still inside the ABS-CBN’s reality show, ‘Pinoy Big Brother’.

In Elisse’s latest YouTube vlog, she featured her partner Mccoy as they bravely took the “Sagot or Lagot” challenge. In the said challenge, the celebrity couple answered several questions that they wanted to ask to each other.