‘Momshies’ Jolina, Karla and Melai wow netizens as they flaunt their body curves 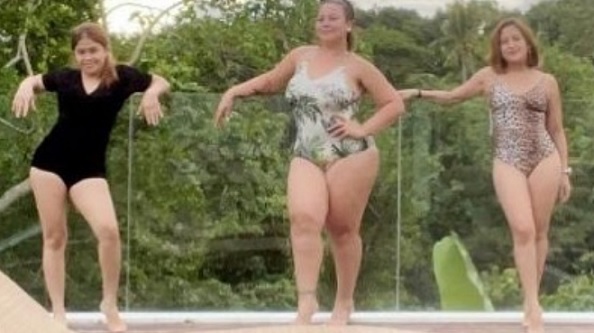 In a series of posts on Jolina’s Instagram account, she shared several photos taken during their vacation. In the photos, the three Kapamilya stars showed off their stunning body figure.

“Momshie power!! AWRA!! #MomshieVenture2021” Jolina wrote in one of her posts.

In a separate post, Jolina, Karla and Melai were seen enjoying the pool.

“Day off ng momshies.😂 #MomshieVenture2021” Jolina wrote in the caption.

The said photos that Jolina has shared caught the attention of netizens as it went viral. Many netizens expressed their admiration to the three Kapamilya stars. Here are some of the comments from the netizens: