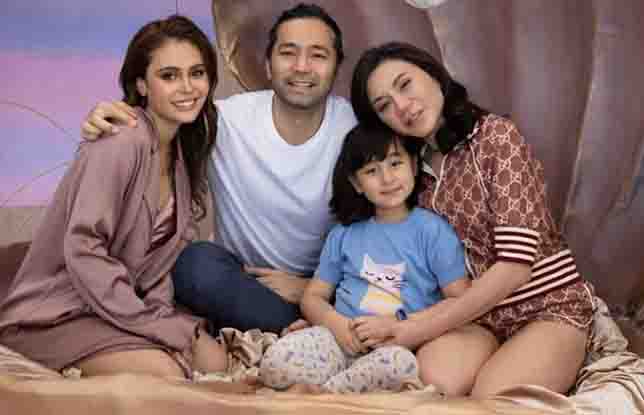 In her Instagram account, Scarlet posted a stunning photo. In the photo, Scarlet is with her parents, Hayden and Vicki and they were joined by actress and vlogger, Ivana Alawi. The four of them was seen seated in a set to which resembled a seashell.

“Spent a day with the mermaid, @ivanaalawi and I realized I’ve never seen a mermaid that’s not pretty. All of them are beautiful and their skin flawless.”

The said photo that Scarlet has shared caught the attention of netizens as it drew mixed reactions. It appeared that some netizens commented malicious and disrespectful remarks over the said photograph as they noticed the closeness of Ivana and Hayden. However, some netizens quickly defended them as they expressed their dismay over the bashers as they commented:

– “I don’t really understand why there are some people who look at this photo maliciously. Come on, 2021 na. Widen your horizon instead of saying something like that. What you are doing is disrespectful, and I hope you realize what I’m trying to say here. By the way, I noticed that most of the people who posted their malicious comment on an innocent kid’s post are women. Girls, grow up. Choose carefully when and where to drop your opinion”

– “It really saddens me to see people commenting inappropriately. Please guys, there is nothing wrong in the picture and remember it is scarlet snow belo’s instagram account. Please delete inappropriate comments po.”