Netizens gush over Marian and Dingdong’s ‘little Marian-o’, baby Sixto: “Out of this world ang guapo” 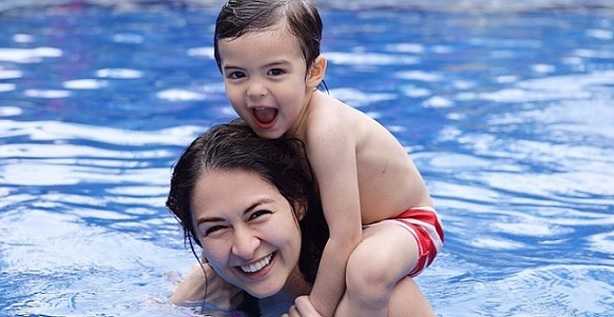 Jose Sixto Dantes IV, adorable son of celebrity couple Marian Rivera and Dingdong Dantes captured the hearts of netizens over the photo that Marian has shared on her social media account.

In her Instagram account, Marian posted an adorable photo of baby Sixto. It appeared that the said photo was taken during the 41st birthday celebration of Dingdong. In the said photo, baby Sixto was seen looking adorable as he smiled brightly in front of the camera.

“Rare snapshot of this little Marian-o ! 😳😝😍” Marian simply wrote in the caption.

The said photo that Marian has shared captured the hearts of netizens as it went viral. Netizens can’t help but gush over the cuteness of baby Sixto. Here are some of the comments from the netizens:

– “Out of this world ang guapo ng batang ito,grabe!!!super!”