Netizens react to Manny and Jinkee Pacquiao’s photos with bikers 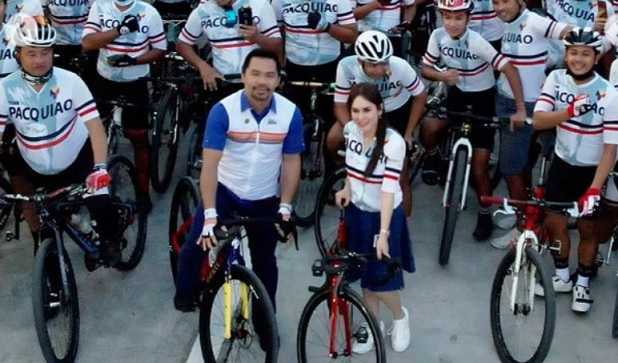 Fans and followers of boxing icon and presidential aspirant Manny Pacquiao expressed mixed reactions over the photos that he shared on his social media account.

In his Instagram account, Sen. Manny posted two photos. The said photos were taken when he awarded the winners of Cebu’s largest cycling event, Cross Cebu 600. In the said photos, Sen. Manny was seen with his wife, Jinkee and the Pacquiao Team Cyclists group members.

The said photos that Sen. Manny has shared caught the attention of netizens as it went viral. In the comment section, many netizens expressed their admiration and support. However, some netizens noticed the ‘outfit’ of Sen. Manny and Jinkee as they commented:

– “Seriously? Manny and Jinkee is wearing jeans and skirt? 😂😂😂”