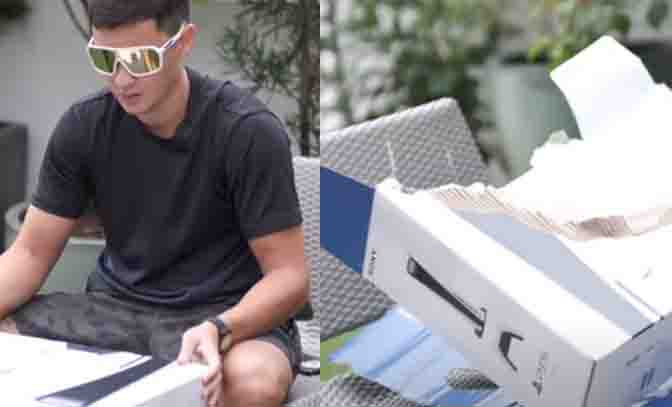 Fans and followers of actor Matteo Guidicelli expressed mix reactions over his PS5 (PlayStation 5) unboxing video. It was recalled that last June 2020, Matteo was heavily criticized for his unboxing video of PlayStation 4 as some netizens were saying that it was a ‘rough’ way of unboxing an expensive gadget.

The said unboxing video of Matteo caught the attention of netizens as it trended on YouTube at number 13 as of writing. Here are some of the comments from the netizens:

– “Ang kulit hahahaha. Haters must be having a heart attack by now coz of Matteo’s trolling game”

– “Okay, Mattheo. I see what you did there. LOL! He literally trolling the outrange people who cried when he unbox his PS4 before, and he did it again! LMAO!!”