Raymond Gutierrez addresses netizen’s “we knew” remarks after coming out 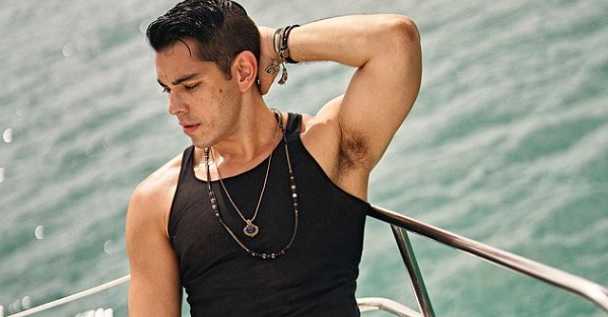 Actor and host Raymond Gutierrez addressed the “we knew” remarks from the netizens after he revealed that he is a member of the LGBTQ+ community.

It can be recalled that Raymond made the revelation during his interview with Mega Entertainment.

In his Instagram account, Raymond posted several photos of him. Raymond opened up on his struggles when he was growing up as he admitted that he ‘went through a dark phase of self destruction’ when he was still learning to accept his sexuality. Raymond also expressed his gratitude to his family and friends for the support that they gave him.

Raymond later on addressed the netizens saying that they already knew his sexuality even before he came out as gay.

“I was never not out. I never denied who I was. I just never shared my story publicly until now.

Growing up, it took a while for me to face my true identity, and figuring it out wasn’t easy. I went through a long period of time hating myself because society taught me that being different wasn’t the right path, especially for someone growing up in the public eye. I went through a dark phase of self destruction – creating unhealthy habits to have some sort of escape so I didn’t have to face my reality. I kept things to myself because I was scared to bring shame to my family, and didn’t know how others would treat me.

I’m thankful to those close to me – my friends and family for giving me the confidence to embrace myself fully without judgement. I consider myself lucky because some people don’t have a support system they can run to. Which is exactly why I’m sharing my story now. Because if there’s one thing I learned this past year and a half is that life is fleeting. I want to encourage those who feel alone that it’s never too late to love yourself, acknowledge those feelings and face your fears —- because it feels damn good to be on the other side.

Sexuality shouldn’t define who you are and it should never hinder your greatness. For me personally, being in touch with my masculine and feminine side allowed me to push boundaries creatively and create magic with the projects I do. So to those saying “we knew”, you never knew my story and my struggles. And if you’re reading this and you feel like you’re alone, I want to let you know that I went through the same things – you will be loved, your feelings are valid, and those who truly love you will stick around ❤️” Raymond wrote in the caption.