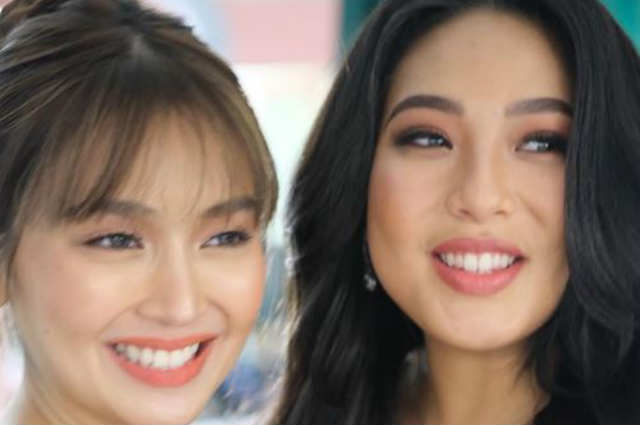 On her Instagram account, Rita shared lovely photos of her with Kathryn as they posed together with their glammed up looks for the event and expressed her joy for bumping into the Kapamilya actress.

Rita wrote: “‘Everything, and I mean everything, is about strong, powerful women.’ -Jesse Peyronel ✨
—————
It’s always nice seeing you, @bernardokath ッ”

“Everything, and I mean everything, is about strong, powerful women.” -Jesse Peyronel ✨ ————— It’s always nice seeing you, @bernardokath ッ

Kathryn then commented on the photo and left “❤️❤️❤️” emojis.

Netizens also expressed their joy for seeing the two female leading ladies from different networks together and flooded the post with gushing comments.

Another Instagram user wrote: “Too much beauty and talent in one photo aaahhhgggkksjdjdkd 😍😍😍”

Kathryn who hosted the PMPC Awards Night received the TV Queens at the Turn of the Millennium award while Rita and her love team Ken Chan received the German Moreno Power tandem award.