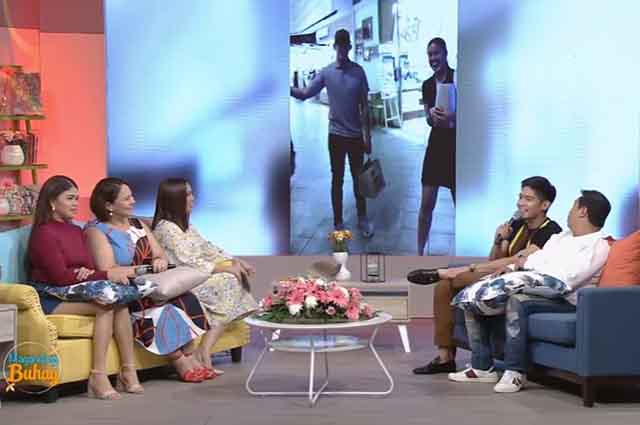 Actor and host Robi Domingo has previously admitted dating a non-showbiz girl and was even caught by Alex Gonzaga while going out with his special girl.

In his guesting in the morning show ‘Magandang Buhay’, Robi revealed more details about his dating status, saying the non-showbiz girl was his batch mate back in college.

WATCH: Alex Gonzaga catches Robi Domingo at the mall with a girl

Robi Domingo admits he is dating a non-showbiz girl

Eric Nicolas who also guested in the show also revealed how the girl patiently waits for Robi while they were working.

Robi and Eric are hosting the newest Kapamilya show ‘The Kids’ Choice’.