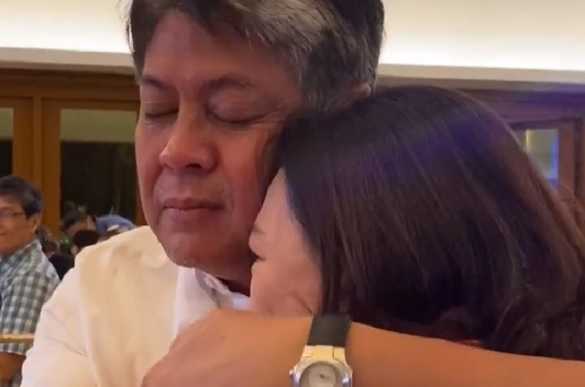 The team of vice presidential candidate Kiko Pangilinan held a thanksgiving celebration for those who helped and supported him during his campaign.

Family, friends, supporters attended the said event, and one of those who attended is of course his wife singer actress Sharon Cuneta.

In a video post by daughter Frankie Pangilnan, Sharon can be seen getting emotional and is being comforted by Kiko with a tight hug.