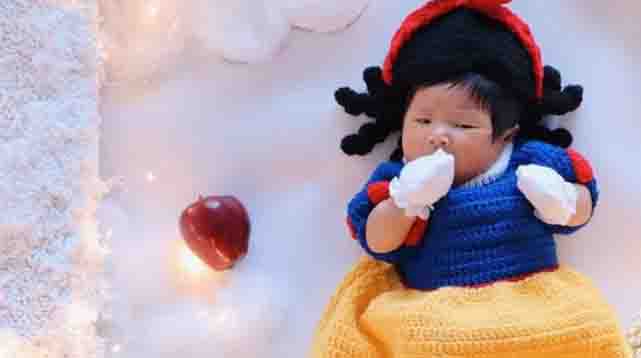 In one of her posts, Sheena wrote “This bundle of joy who brought us to Cloud Nine is now a month old!”

In a separate post, Sheena posted the ‘behind the scene’ photos during their shoot. Sheena also posted several photos of baby Martina where she was dressed like ‘Snow White’.

Our #gideonized One Month Birthday Pictorial! 😉 “