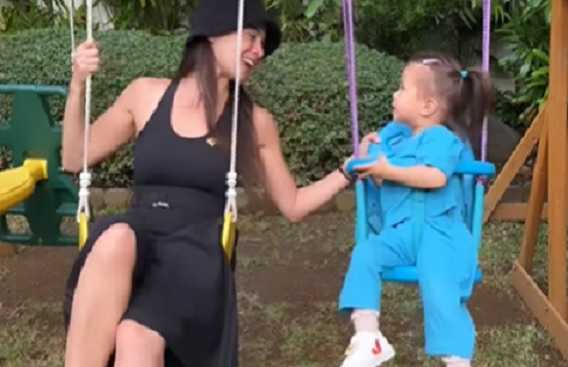 Fans and followers of Kapamilya star Anne Curtis were in awe over the heart-warming video that she shared on her social media account.

This week we discovered her love for Ube 🍨, scootering & doing pretty much everything in @tilidahli 🦋

Didn’t realise how much we were loving our Ｂｌｕｅｂｅｒｒｙshade till I noticed it’s all we wore in different styles the past week 😂 Dahlia’s wearing our NEW the 2 easy set (which is now available all the way up to 5Y), fairy romper and our classic fairy dress 🫐 🧚🏻♂️” Ann wrote in the caption.

The said video that Anne has shared captured the hearts of netizens as it went viral and reached more than 2 million views as of writing. Netizens expressed their admiration as they commented:

– “So pretty Dahlia 😍 cutiepatootieeee when you bangga 💖”