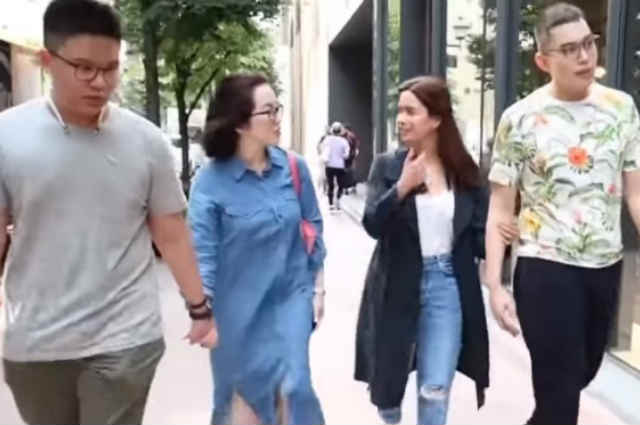 Actress Erich Gonzales has always been considered as part of the Aquino family as queen of all media Kris Aquino refers to her as her ‘adopted panganay’.

In her new YouTube vlog, Erich gave a glimpse of her fun bonding moment with Kris and her kids Joshua and Bimby during their trip in Japan where they went on a scrumptious food trip and visited famous shopping spots.

Erich Gonzales on keeping her love life private: “I don’t want to ruin it”

In the video, Erich who was with Joshua, Bimby, and make up artist RB Chanco went out to eat before meeting up with Kris and her house helper Bincai.

Upon meeting, Erich and the rest of the group went shopping with Kris who bought several pairs of shoes for her and Bimby.

Kris then clarified: “Hindi ko binili yung buong store. I only bought for Bimb, one sneaker, for me, three sneakers and one backpack. that’s it.”

After shopping, they all dropped by a pastry and ice cream store to grab some desserts before going back to their hotel.