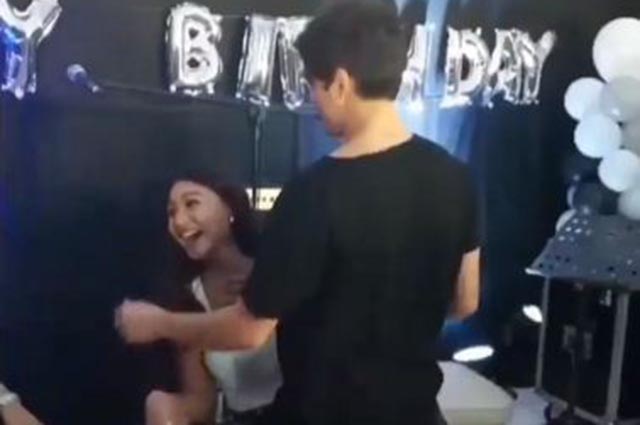 Celebrity couple James Reid and Nadine Lustre are one of the hottest love teams in their generation as their fans admire them for being exceptional artists in front of the camera and carefree couple off cam.

In a video shared on Facebook, James and Nadine drew attention from netizens after the former performed a sexy dance in front of his girlfriend during a birthday party they attended together.

Nadine who seemed surprise by James’ moves could not help but feel nervous as she can be heard saying after the latter’s performance: “Kinabahan ako sa ginawa!”

The video went viral and gained more than 761K views as of writing.