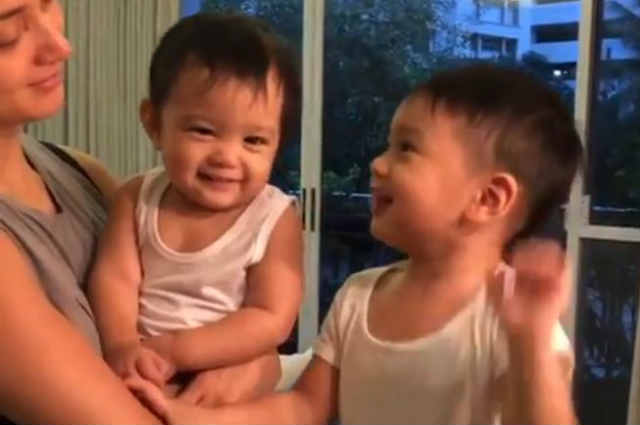 Celebrity baby Primo Arellano, the son of Kapuso hosts Iya Villania and Drew Arellano, has always been gaining attention online because of his adorable photos and videos shared by his parents on social media.

As his baby brother turned one, Primo prepared a birthday gift for Leon as he sang ‘Happy Birthday’ to him which delighted netizens who were charmed by the sweet ‘kuya’.

WATCH: Primo Arellano charms netizens with his version of ‘Ako Ay May Lobo’

Drew wrote in the video’s caption: “Happy 1st bday to our roaring Leon!😘😘😘😘”

Primo’s video immediately went viral and gained over 263K views and over 1800 comments in less than a day.

Iya gave birth to Primo last 2016, two years after she and Drew tied the knot in an intimate wedding in Nasugbu, Batangas where they held the ceremony on the edge of the cliff.

Primo will also be celebrating his 3rd birthday this coming August 30.