WATCH: Regine Velasquez gets a taste of Daniela Mondragon’s slap 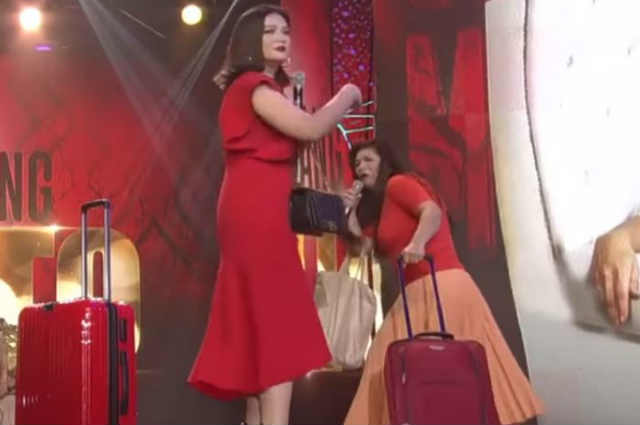 While the Kapamilya television series ‘Kadenang Ginto’ has been getting massive attention from netizens and television viewers, main characters Romina Mondragon and Daniela Mondragoon had their first ever television guesting on ‘ASAP Natin ‘To’ stage.

After being introduced by Regine Velasquez and Sarah Geronimo, Daniela played by Dimples Romana walked towards Regine and confronted her before throwing a slap towards her face.

WATCH: Dimples Romana and husband’s funny but sweet prank to each other

Beauty Gonzales reveals she and Dimples Romana stay in different tents: “We wanted it that way”

Daniela told Regine: “Did I hear you say mga Mondragon? Just to get things straight, I am a Mondragon. I am the only Mondragon. So wag niyo akong ihehelera sa isang cheap, gold digger na tulad ni Romina.”

While Dimples’ slap barely touched Regine’s face, the songbird clarified that the said scene was her request and described being slapped by Daniela as an “honor”.