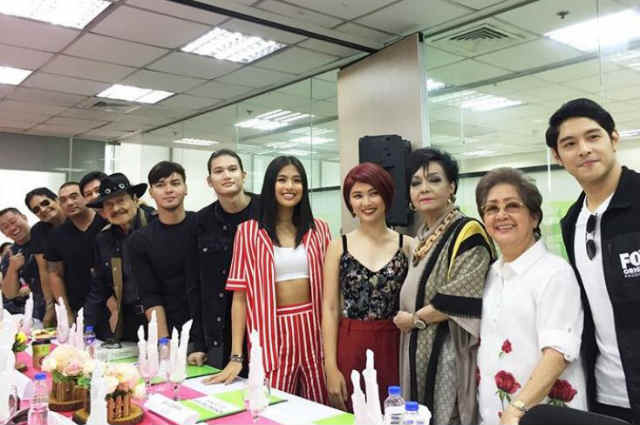 Kapuso star Gabbi Garcia confirmed that television series “Rosang Agimat” which was supposedly the upcoming project of late veteran actor Eddie Garcia, has been put on hold by the management.

It can be remembered that Eddie was shooting a scene from the upcoming series when he got involved in an accident on set which eventually led to his death last June 20.

In her interview with Pep and other members of the press, Gabbi confirmed that the show has been put on hold.

She said: “Right now, it’s on hold. You know, it happens, and it’s a very unfortunate happening.”

“Of course, we’re all sad. It’s a devastating situation for us. It happened and walang may gusto… It was an accident and, you know, I don’t want to be selfish ‘tapos sasabihin ko nakakalungkot, kasi lahat naman kami nawalan ng trabaho, e. It’s just that we’re waiting for further announcements kung ano na ang mangyayari. But, as of now, it’s on hold,” Gabbi added.

GMA Network earlier announced its completion of the internal investigation on the accident involving the late actor. However, Eddie’s family reportedly requested for a copy of the investigation before announcing it t the public.