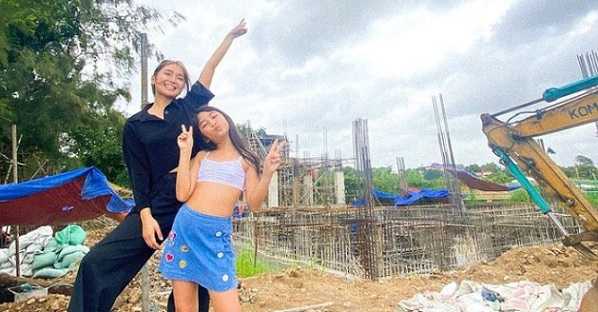 Kapamilya star Kathryn Bernardo proudly shared a glimpse to her fans and followers the construction of her dream house.

In her Instagram account, Kathryn posted several photos with her mother, Min and her niece, Lhexine. The said photos were taken when they visited the lot where her dream house where being constructed. It appeared that Kathryn can’t help but be emotional as she wrote:

“Slowly getting there..🏠 I can’t believe it’s finally happening! 🥺”

“Yes anak, it is finally happening… 🏡 Like ng lagi nating sinasabi: sa buhay we need to do baby steps as when you add up these little steps we take toward our goal.🥰”

The said photos that Min and Kathryn has shared caught the attention of netizens as it went viral. Netizens and fellow celebrities of Kathryn sent congratulatory messages in the comment section.