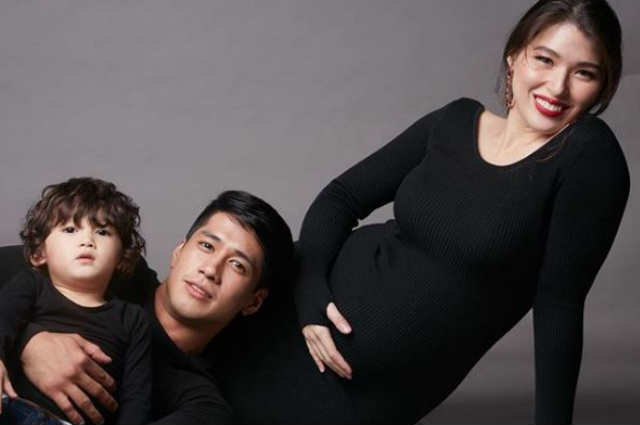 After confirming her second pregnancy, actress Kylie Padilla has been proudly flaunting her baby bump as she shared photos of her on Instagram taken during her maternity photo shoot.

In her account, Kylie posted stunning photos of her on her 23rd week of pregnancy while her husband Aljur Abrenica and son Alas joined her too during the shoot.

Meanwhile, in a separate Instagram post, Kylie could not help but get sentimental as her eldest child will soon become a ‘kuya’.

She wrote: “The moment I realised my little boy is two, the moment I imagined for a split second my boy as a man. The moment it sunk in that everyday he ages and everyday he is becoming something new, the moment I felt I wish I never even blink so as not to miss one bit. My boy. My little boy kulit. Kuya na. I know you will be the most loving kuya. I trust you with your little brother, I couldn’t be happier you are his kuya.”