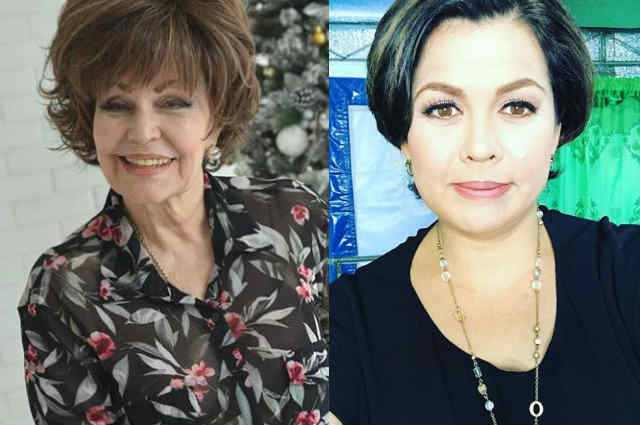 Lotlot de Leon can’t let go of what her former mother-in-law, Pilita Corrales, said on Digital Show where Lolit Solis is one of the hosts. This is about how Janine Gutierrez, her granddaughter, reacted to Bong Revilla’s upcoming tv show.

The mother of the young actress, who is now married to his new husband, posted on her Facebook account that sounds like a reply to what the estranged mother-in-law who scolded her daughter. She said, “”WHO DO YOU THINK YOU ARE??!!??? 🤬 Talaga???!!! Yan ang bitaw mo?!?!? Ako kaya mag sabi who I think you are!!!”

Pilita mentioned that she scolded Janine and told her it is not proper. She said, “Ang sabi ko, you don’t do that, you don’t say that. Who do you think you are?”

This shows that Lotlot De Leon is not going to back-off when it comes to her children being mistreated. Lotlot married Monching, Pilita’s son at a very young age but, later on, separated.