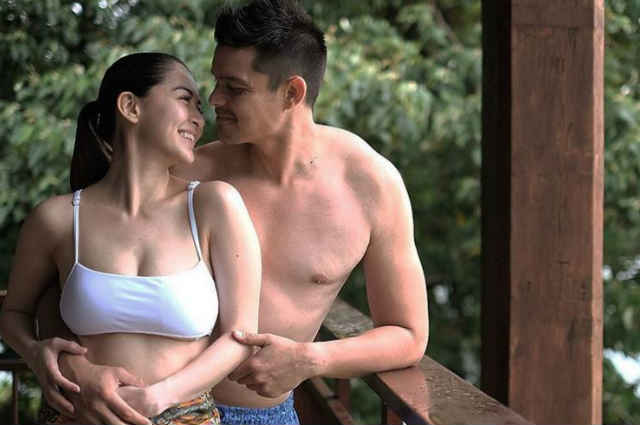 Amid speculations about Dingdong Dantes’ leading lady for the upcoming Kapuso remake of the Korean series ‘Descendants of the Sun,’ Marian Rivera has entertained comments about the said show while the main female cast to play the character of ‘Beauty’ is yet to be announced.

In her recent Instagram post, Marian shared a sweet photo of her and her husband whom she referred to as her ‘Big Boss’ in real life, referring to his character in the upcoming series.

Will Marian Rivera become Dingdong Dantes’ leading lady in ‘Descendants of the Sun’?

Speculations about Marian, being Dingdong’s leading lady sparked anew after she responded to a fan’s comment in the photo.

It can be remembered that Marian has been hands-on to her flower business ‘Flora Vida by Marian’ where she personally arranges bouquets and flower pieces for customers.

Meanwhile, also part of the cast of the upcoming Kapuso series are Rocco Nacino, Jasmine Curtis-Smith, Paul Salas, Lucho Ayala, and john Lucas among others.