Sen. Manny Pacquiao graduates with a degree in Political Science 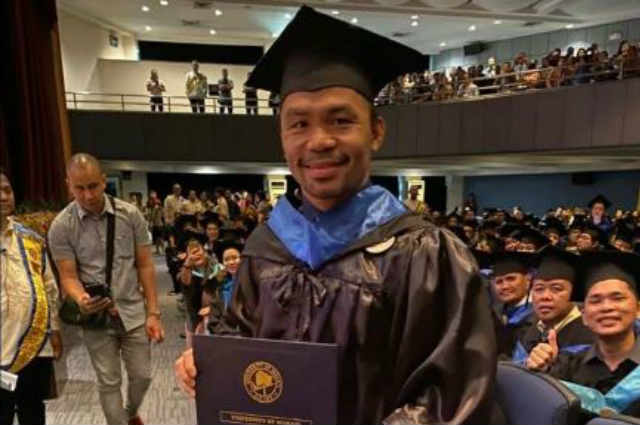 Senator Manny Pacquiao is now officially a degree holder after he graduated from the University of Makati on Thursday, December 11 and finished Political Science Major in Local Government Administration.

In a photo shared on Facebook, the senator was all smiles as he was seen holding his diploma during his graduation ceremony.

Netizens also congratulated the senator over his recent achievement as one Facebook user wrote: “CONGRATULATIONS Mr. Senator Pacquiao! Good job. May have done it for 11 years, on and off, but you did it anyway. Now, on to Harvard, for that Master’s degree. You can do it. Go go go Manny!”

Another user wrote: “Congratulations! It is never too late to those who dreams and make those dreams a reality. Keep on soaring high senator.”

Prior to his graduation, the senator earlier posted a throwback photo of him when he was still starting out in boxing along an inspiring caption, saying: “Dream it. Believe it. Achieve it.”