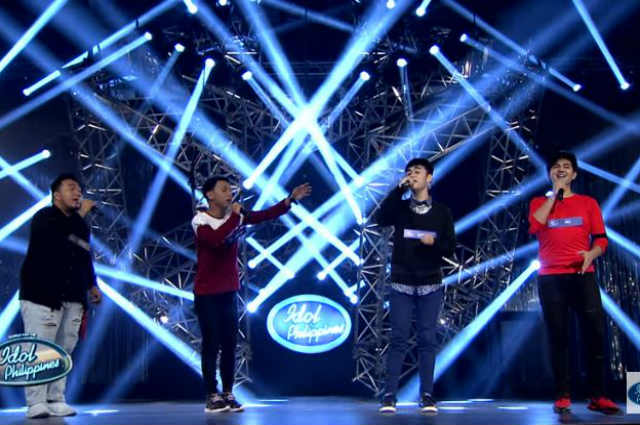 Kevin Hermogenes, Japjap Talania, Lucas Garcia, and Ali Aguila of 4th Dimension did a hair-raising performance of their rendition of Sam Smith’s “Stay with Me” which earned praises from “Idol Philippines” judges.

In the Theater Round of the show, the four contestants amazed judges and the other contestants watching them perform with their clean version of the song, leaving Vice Ganda ang Moira Dela Torre rising from their seats.

Regine Velasquez defends co-judges in ‘Idol Philippines’: “They were chosen for a particular reason”

In the end, only Kevin and Lucas were chosen to advance to the next round.

Watch their performance here which already gained more than 1.4 million views as of writing: