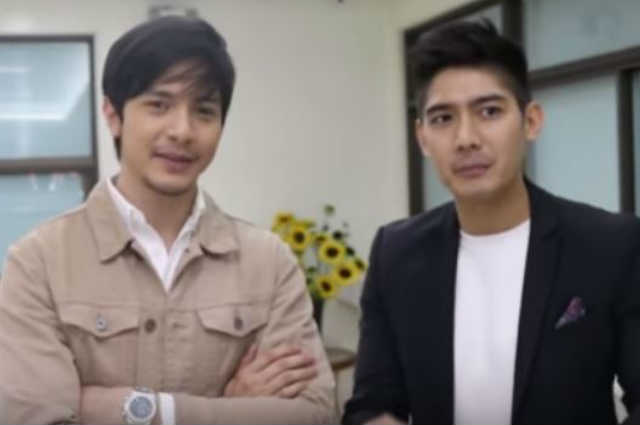 Kapamilya host Robi Domingo expressed his joy for finally meeting and having the chance to talk to Kapuso actor Alden Richards during an awarding event they both attended along with other celebrities.

In his recent YouTube vlog, Robi took the chance to interview Alden and play his game ‘Kanto Katanungan’ where he gives three questions to people which they have to answer within three seconds to be able to earn three peso bills.

Alden gamely took on Robi’s challenge and answered his tricky questions. In the end, Alden was able to answer all three questions and received the cash price from the Kapamilya host.

Before playing, Robi expressed his admiration for the Kapuso actor and said: “Idol ko ‘to sa Mobile Legends!”