Robi Domingo’s mom reacts to his question: “What if next year mag-propose na ako?” 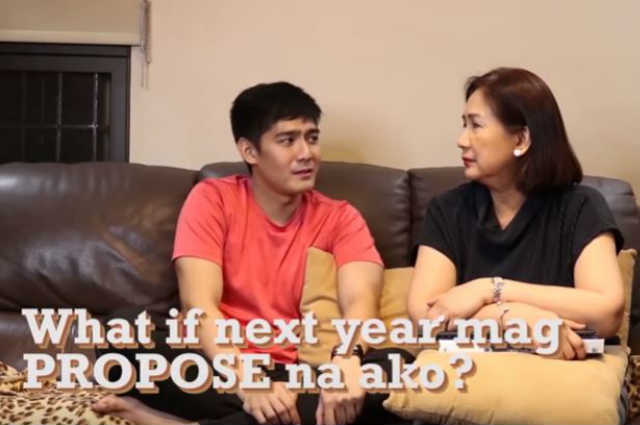 Kapamilya host Robi Domingo has become more open when it comes to his relationship with his non-showbiz girlfriend Maqui Pineda whom he has been bringing with him in several events and gatherings.

In his recent YouTube vlog, Robi hinted about his ‘plan’ to propose to his girlfriend as he invited his mom as his guest in his new video where the mother and son shared some of their memorable moments ever since he was a child.

WATCH: Robi Domingo gets a birthday surprise from non-showbiz girlfriend

The two then started to play a game called “What If” where Robi asked his mom some random questions.

One of Robi’s questions which left his mom thinking was: “What if next year mama, mag-propose na ako?”