Sharon Cuneta to President Duterte on ABS-CBN franchise: “I pray that our dear President reconsiders his decision” 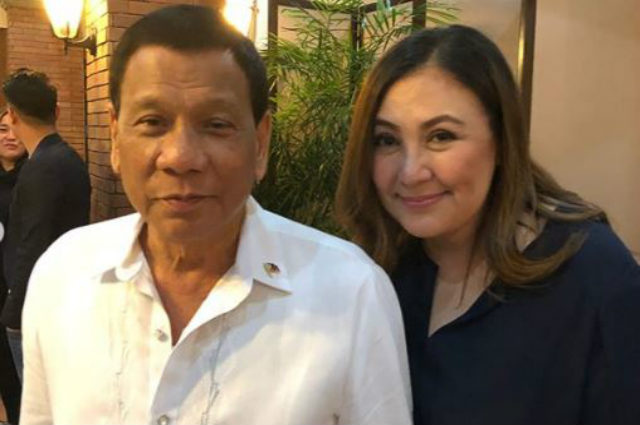 Megastar Sharon Cuneta gave her message to Pres. Rodrigo Duterte over his decision regarding the renewal of ABS-CBN’s franchise as he warns the network about its possible shut down this year.

Following her contract singing with ABS-CBN on Thursday, January 9, Sharon directly addressed the president and asked him to reconsider his decision about the network’s franchise renewal.

Sharon said as quoted by Pep: “So I’ll just say this before saying goodbye—I pray that our dear President reconsiders his decision about ABS-CBN. Not just because I just renewed, I can always find a job. But everybody I grew up with here who have remained loyal to the station—and have grown up here, have learned from the school of hard rocks here, have become family, good friends—will lose almost everything they’ve built over the years.”

Sharon added: “And even those that might choose to stay… if indeed, you know… unfortunately goes that way, it won’t be the same.

“So, I hope in my heart that our dear President reconsiders the thousands and thousands of Pinoys who have grown up here, learned the ropes here, that includes me.”