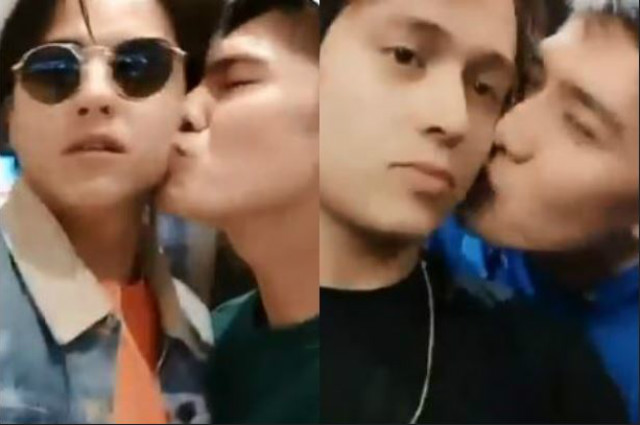 Kapamilya host Robi Domingo is finally joining his good friend Alex Gonzaga and other celebrities as he is set to launch his first ever vlog in his new YouTube channel.

Robi Domingo on his recent reunion with Gretchen Ho: “I thought it will be more awkward”

Robi gave a little treat for Daniel Padilla and Enrique Gil’s fans as he posted short clips where he was seen giving the two Kapamilya leading men his ‘bro’ kisses which will be part of his vlog.

In one video, the ‘Pinoy Big Brother’ host was seen having a small conversation with Daniel when he suddenly gave him a kiss on the cheek which left the “The Hows of Us” star in shock.